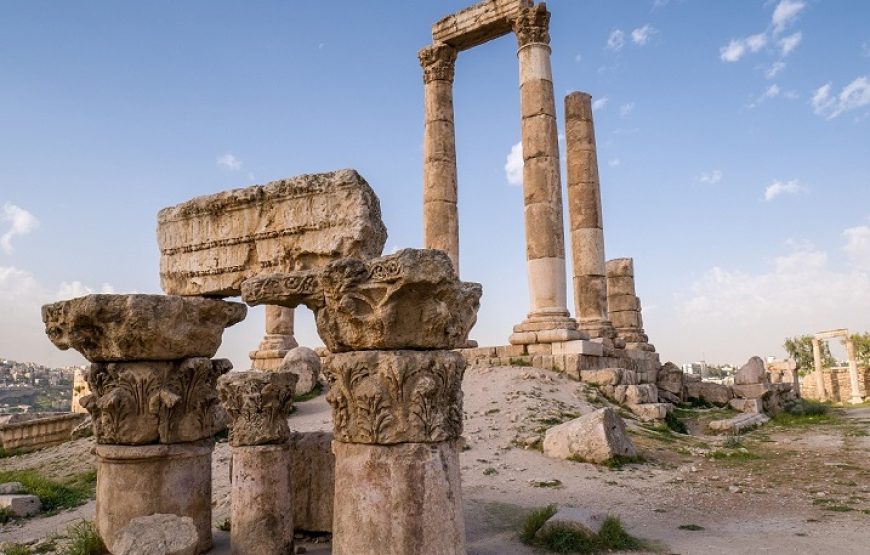 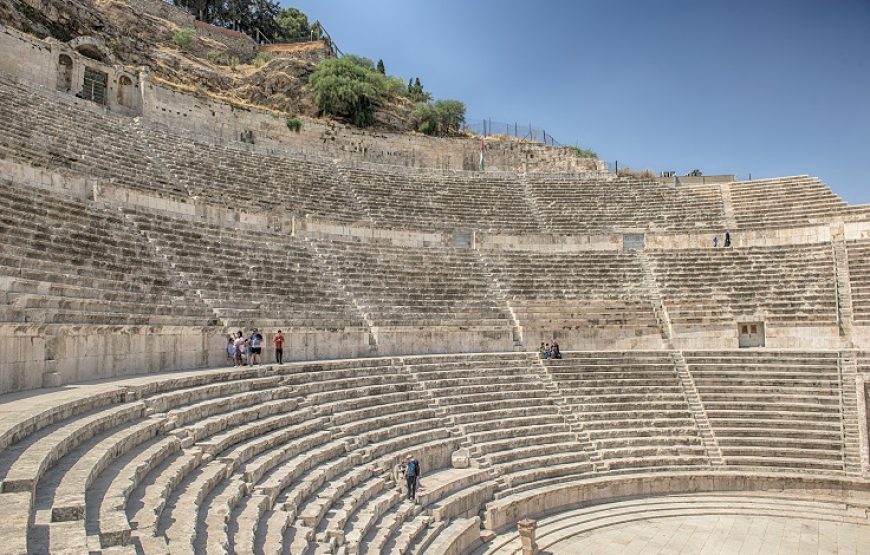 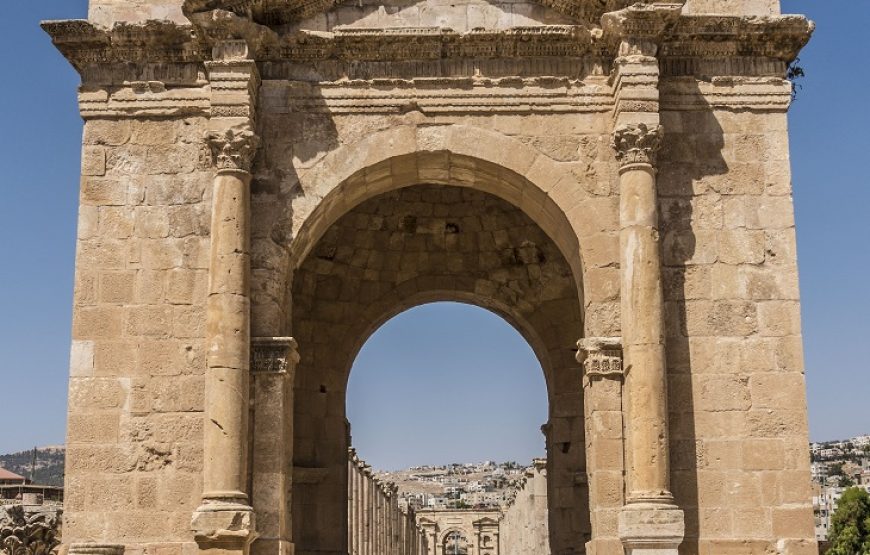 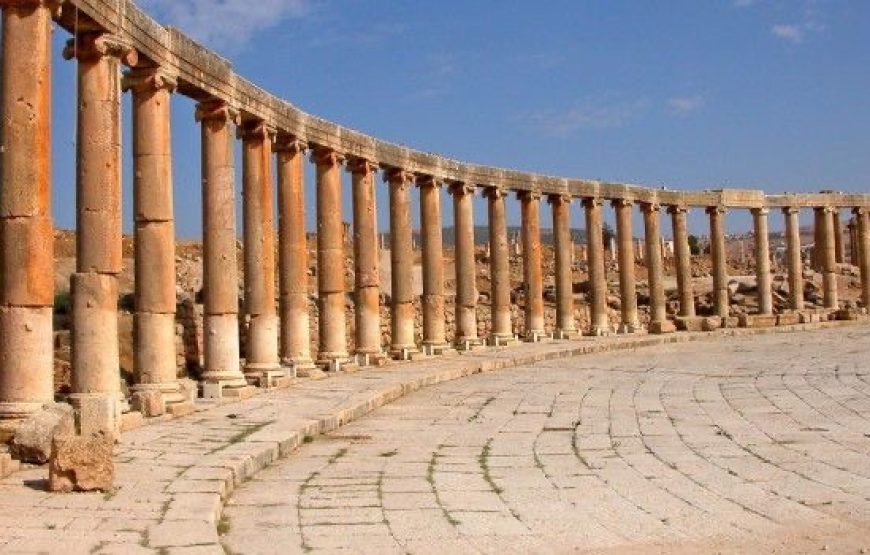 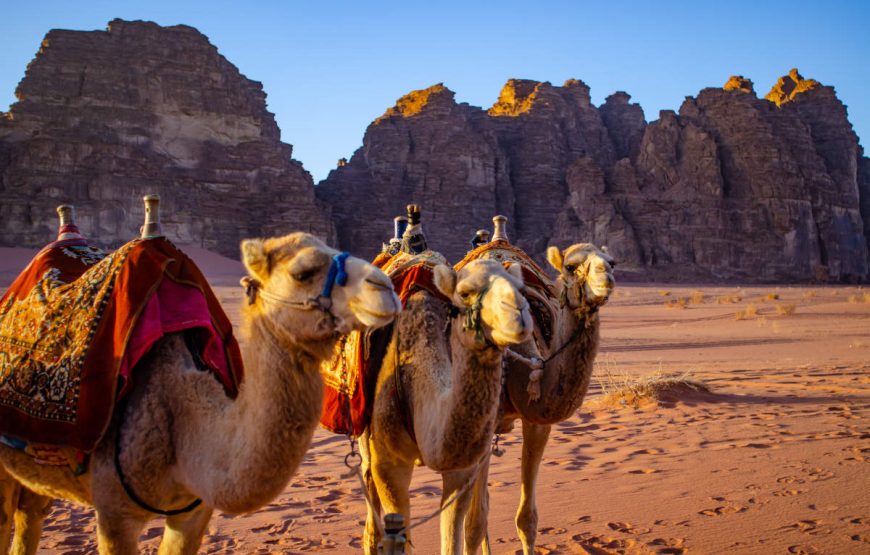 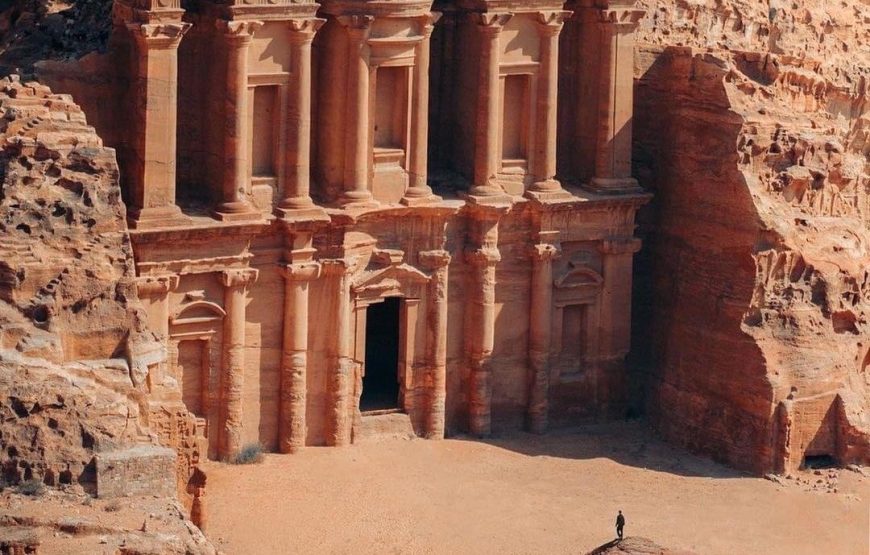 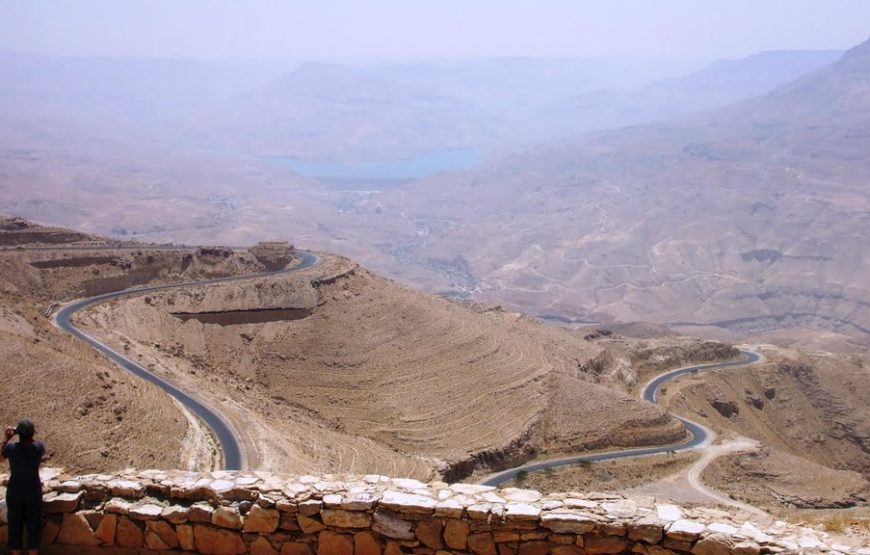 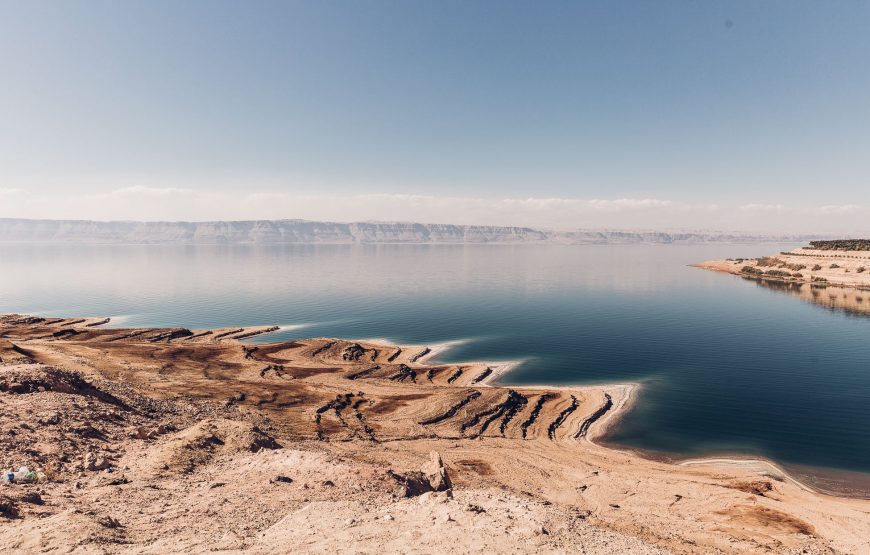 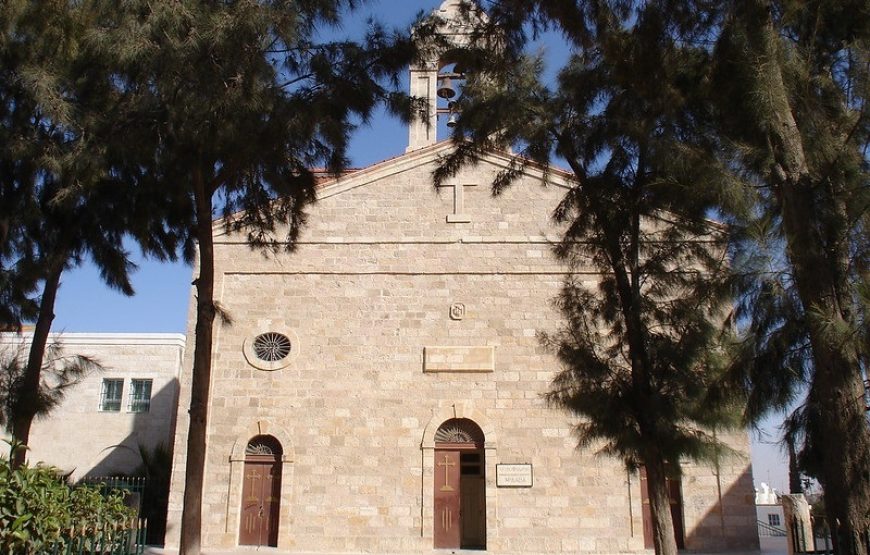 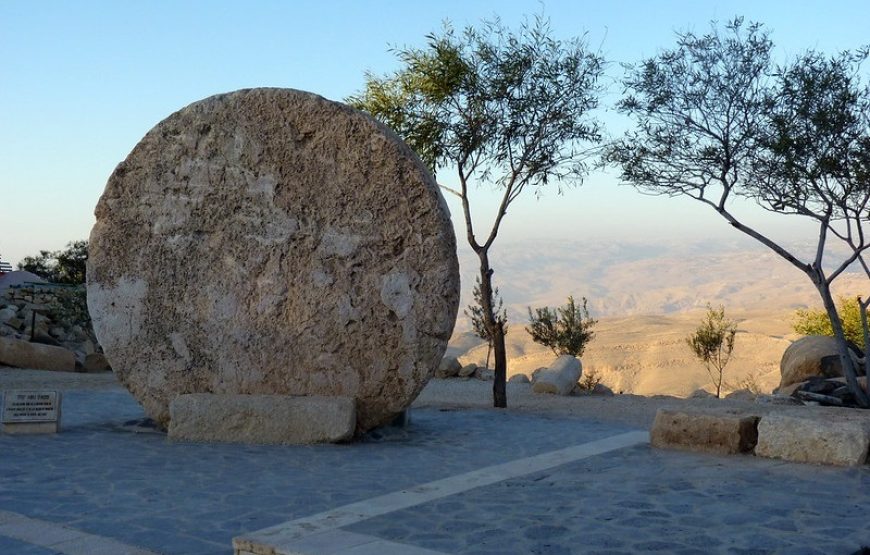 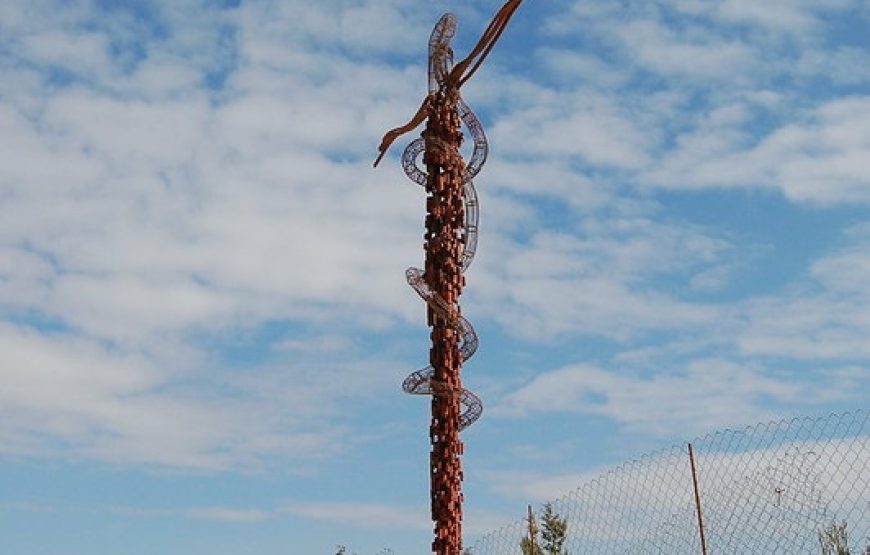 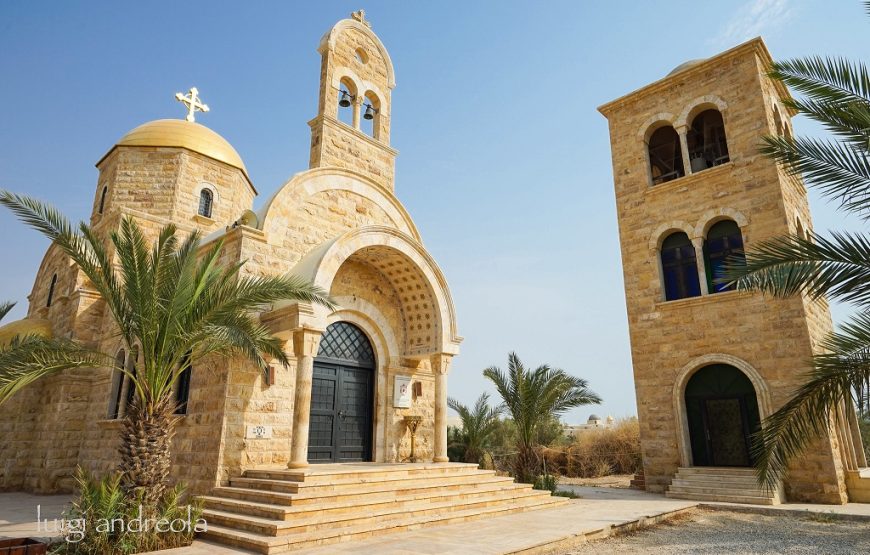 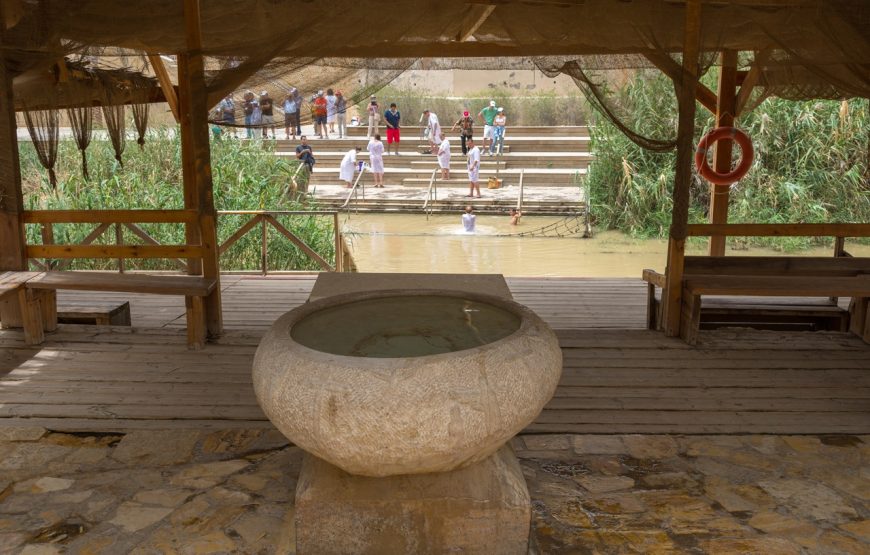 Arrival at Amman airport. Handling of border formalities and transfer to the hotel in Amman with local assistant. Dinner & overnight.

Breakfast, this morning drive to enjoy the desert of Wadi Rum, Uniquely shaped massive mountains rise vertically out of the pink desert sand, which separate one dark mass from another in magnificent desert scenery of strange breathtaking beauty, with towering cliffs of weathered stone. The faces of the sheer rock cliffs have been eroded by the wind into faces of men, animals and monsters. Wadi Rum, the valley of the moon according to Lawrence of Arabia; here you will have the opportunity to experience of the Jeep tour 4×4 for 2 hours to explore the most spectacular sites of the area ending with a cup of tea made by Bedouins as a refreshing after your visit, enjoy Bedouin traditional dinner cooked under the ground, overnight under the stars.

Breakfast, explore Petra: There is no visit of Jordan will be complete without having seen the capital of the ancient Nabatean kingdom, Petra. The long-lost city of Petra, carved entirely by man into the rose-red sandstone rocks, puts your imagination to the test. Its aMystic and glorious place, an eternal tribute to a lost civilization. Petra was the central meeting point of the Nabatean spice routes which originated from the Persian Gulf, Western Arabia and the Red Sea. About two thousand years ago Petra became the capital of the Nabatean Empire. The city was so renowned that one of its kings, Aretas IV, is even mentioned in the Bible. The natural richness of the mountainous area combines in a superb way with the refined culture and massive architecture of the Nabateans, who carved their theatre, temples, façades, tombs, monasteries, houses roads entirely the rose-red sandstone rocks. No wonder UNESCO placed Petra on its World Heritage List one enters Petra by passing the Siq, a deep and narrow gorge, at the end of which all of a sudden dramatically appears the most famous monument in Petra: al-Khazneh or the Treasury. Maybe you will recognize it as the stage of the final sequence of the movie ‘Indiana Jones and the Last Crusade’. But the Treasury is just the start. Walking and climbing in Petra hundreds of buildings carved in stone and eroded through the centuries into fabulous multi- colored walls will be revealed to you. Transfer to your hotel in Petra for dinner & overnight.

Breakfast, then drive to visit Kerak, An ancient Crusader stronghold, Karak sits 900m above sea level and lies inside the walls of the old city. The city today is home to around 170,000 people and continues to boast a number of restored 19th century Ottoman buildings, restaurants, places to stay, and the like. But it is undoubtedly Karak Castle that dominates. Thhn we will proceed to Wadi Mujib & enjoy hiking through Siq Trail for 2-3 hrs, the trail starts at the Adventures Center near the Mujib Bridge, where you will take the cantilevered walkway over the dam and follow the course of the river between towering sandstone cliffs to the base of a large waterfall. Depending on seasonal rainfall levels, the gorge may contain pools deep enough for swimming. This is an ideal walk to take slowly and enjoy the cool water and shade, especially in the heat of the summer. proceed to your hotel in Dead Sea for dinner & overnight.

Breakfast, then drive to explore Madaba. It is best known for its Byzantine and Umayyad mosaics, especially a large Byzantine-era mosaic map of The Holy Land. Madaba, one of the most spectacular churches around the world; ST. George church where you will find the Mosaic Map of Jerusalem painted on the floor of the church. Proceed to visit Mount Nebo, the place where Moses buried. You will be lucky if the sky is clear enough; you will have a wonderful view up from the mountain seeing the Jordan Valley, the Dead Sea, and Jericho in the other bank of the Jordan River. Continue towards Bethany, Home to several biblical cities including Sodom, Gomorrah, and Zoar, the archaeological discoveries between the Jordan River and Tal al-Kharrar have identified this area as Biblical “Bethany Beyond the Jordan.” The area is where John was living when he baptized Jesus. Designated as a UNESCO World Heritage site, the Baptism Site commission welcomes pilgrims from all around the world seeking spiritual connection to biblical times, a glimpse of history or a chance to be baptized where Jesus was so many years ago.
If that’s not enough biblical history for one area, the cave where Lot and his daughters took refuge after the destruction of Sodom and Gomorrah is located just outside an area called Safi (Biblical Zoar). Transfer to your hotel in Amman for dinner and overnight

Breakfast. Enjoy your last day in the capital of Jordan, Amman is a fascinating city of contrasts – a unique blend of old and new, situated on a hilly area between the desert and the fertile Jordan Valley. In the commercial heart of the city, ultra-modern buildings, hotels, smart restaurants, art galleries and boutiques rub shoulders comfortably with traditional coffee shops and tiny artisans' workshops. Amman’s neighborhoods are diverse and range in cultural and historical context from hustle and bustle of the downtown markets to the art galleries of Jabal Lweibdeh and the modern shopping district of Abdali, transfer to the airport for departure. 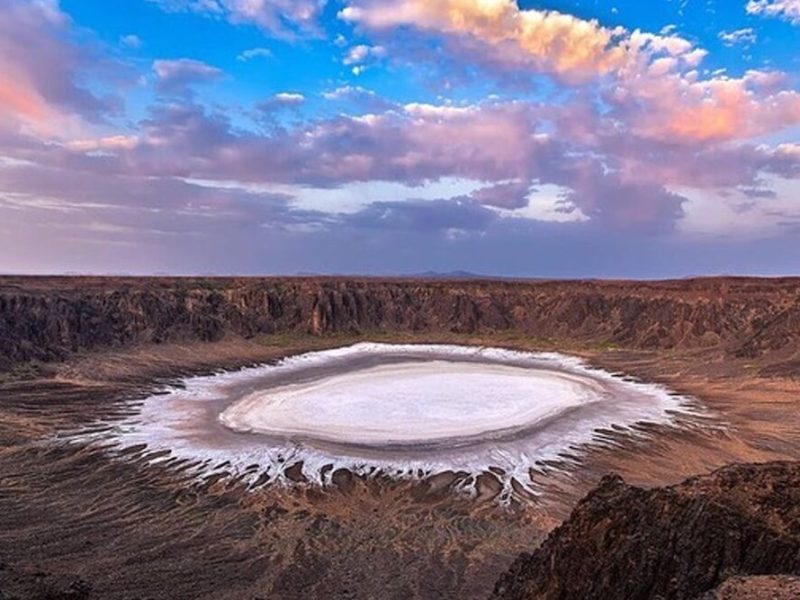 14 days and 13 nights best All of Saudi Arabia 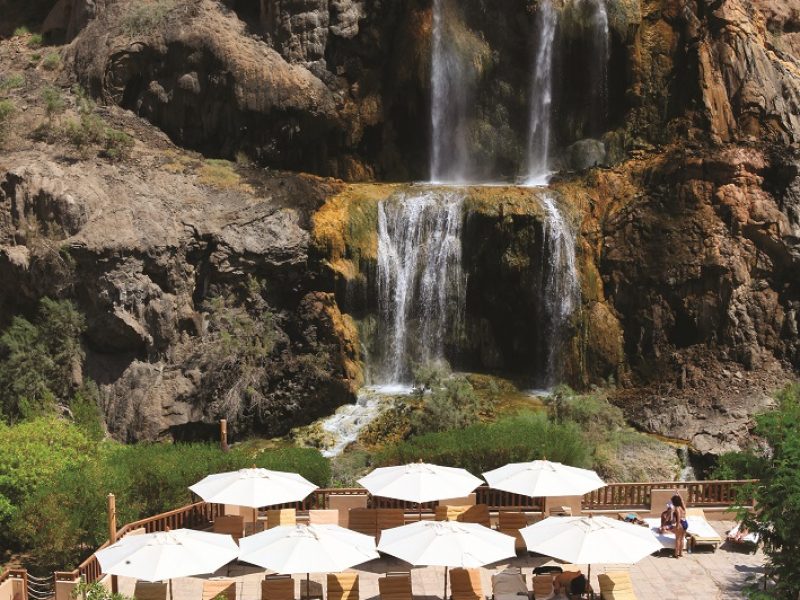 07 days and 06 nights all around Jordan 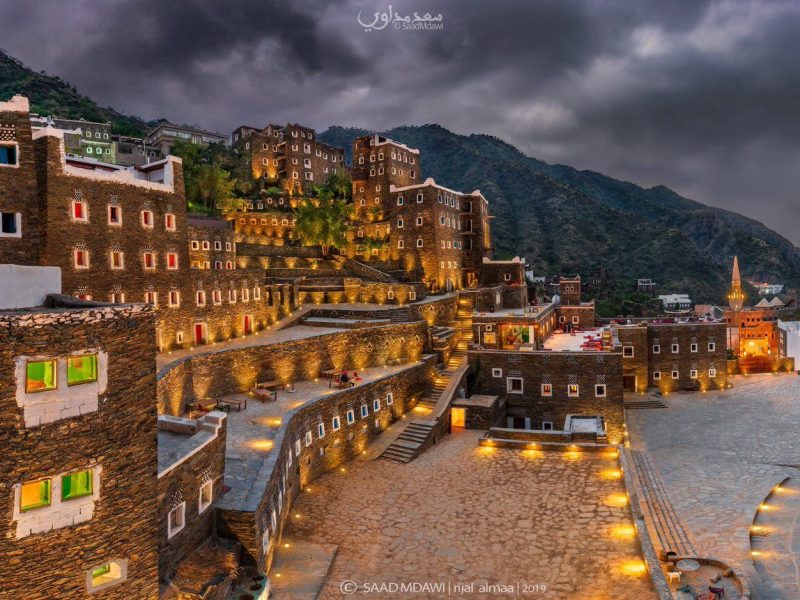 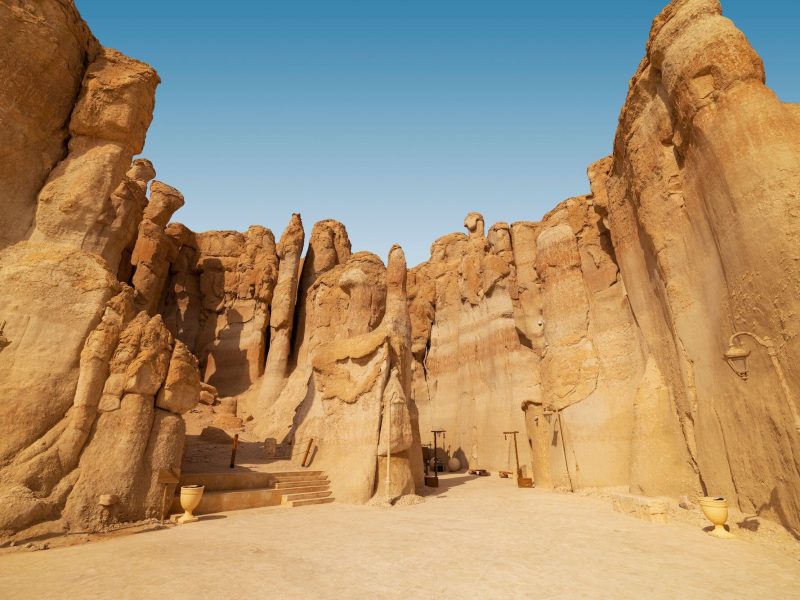